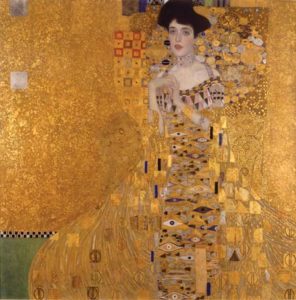 Portrait of Adele Bloch-Bauer I by Gustav Klimt, commissioned by her husband, Ferdinand
Bloch-Bauer, in 1907. In 2006, after a decades-long legal battle with the Austrian government,
the painting was returned to a living heir, niece Maria Altmann, as stated per his will.
Additionally, the diamond choker around Adele’s neck in the painting was a wedding gift, and
also seized by the Nazis. The painting was eventually sold to Ronald Lauder in 2006 for 135
million and resides permanently at the Neue Gallery in New York City. To date, the necklace has
not been recovered.