Publishing Isn't Everything - I Forgot My Mantra
For years I have pondered the question "what is my purpose in life?" Having a career and then giving it up to raise a family brought up feelings of missed opportunities in my career. Slowly I have reconciled those feelings though my writing. Writing has helped me realize that my goals are realized outside of being a mom. Writing has fulfilled that emptiness I felt. I write just to write.
writing, inspiration, The Catcher in the Rye, life purpose
1311
post-template-default,single,single-post,postid-1311,single-format-standard,ajax_fade,page_not_loaded,,qode-title-hidden,qode_grid_1300,qode-content-sidebar-responsive,qode-theme-ver-10.0,wpb-js-composer js-comp-ver-4.12,vc_responsive 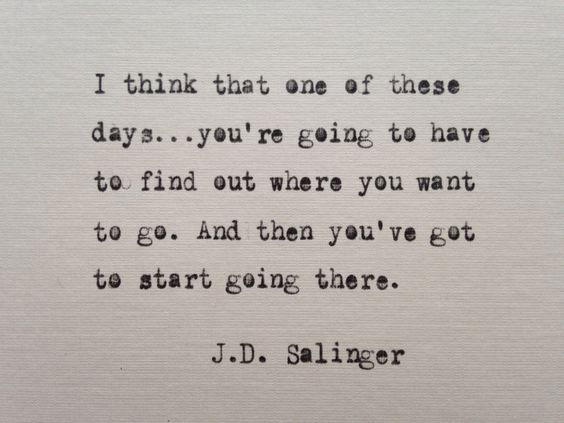 30 May Publishing Isn’t Everything

Posted at 07:00h in Biography, Inspiration, Motherhood by admin 2 Comments

Publishing isn’t Everything: Writing Regardless of Outcome

I am going to go dive right in and ask some questions –  Have you ever pondered the somewhat uncomfortable question, “what is your purpose in life?” Are you restless about your reality and what path you chose?  Do you think about what you could have done?  Are you so busy being busy that you forgot about dormant hopes and dreams from a younger and more hopeful past? Do you settle for what you have and call it a day? After all things aren’t that bad, right? 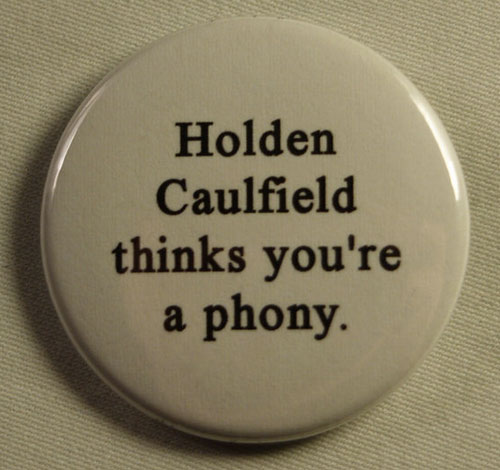 For nearly a decade I felt confusion and dissatisfaction about my life purpose and have asked myself these questions.  What should I REALLY be doing is a question I haven’t fully answered for myself, until now. The ongoing dilemma I have is whether to focus on being a mom, or having a career. After all, the name of my blog, I Forgot My Mantra, was chosen at least in part because of the confused head space I frequently find myself entangled in.

I was saddened I never got to travel to Europe as an exchange student in college. Maybe I would have landed a job as an assistant at an Italian art gallery, or at the very least I would have memories of a hot romance with a dark and tall Italian with a name like Mossimo or Alessandro. After I graduated in my early 20’s I wanted to be a stock broker on Wall Street (ya, me! People that know me are chuckling because they know I can barely comprehend multiplication).  I gave up studying for the Series 7 because I doubted my skills and confidence to work in a male-centric type of environment.  And let’s be honest, I hate the stuff of Ivy League prepsters like playing golf and drinking scotch, so the big-powered money and networking game would be a challenge for me. 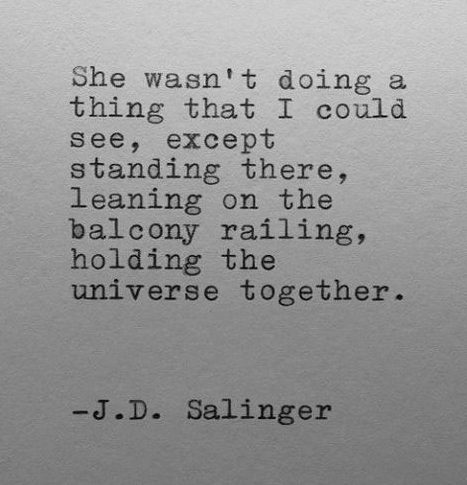 In my mid – 20’s I was influenced by President Jimmy Carter, and I had thoughts about working for Habitat for Humanity, but the pressures of my upbringing and my love for material goods formed my decision to choose money over service (selfish, I know). I couldn’t stand the idea of an office job of any kind (yawn) and I sucked at any kind of waitressing job. My waitressing career in Margate, New Jersey lasted one solitary day because I was fired for disagreeing with a whiny customer because I refused to take his chopped salad back to the kitchen to get chopped some more. Ironically, I ended up marrying a husband that would probably ask a server to do the same.

My ultimate dream scenario was to work in the advertising department for a fashion magazine like W or Town and Country in the publishing mecca of NYC.  I wanted to sell print ads to Gucci and Valentino. I wanted to go to those fancy parties at the Waverly Inn with all those Conde Nast beauties. Instead, I found myself living in the middle of nowhere, in the less fashionable town of Salt Lake City, selling ads to restaurants and nightclubs for a local alternative paper. I’m not denigrating my decade at the Salt Lake City Weekly, it was fascinating and original and tons of fun, but I never forgot those dreams of something bigger, better and faster than a mountain desert town filled with religious zeal and counter-culture.

When I got pregnant at 36 years old with my first child I remember feeling troubled because I didn’t think I would ever realize my dreams or career goals outside my home and family. I cried to my husband over my new-found reality, which I named “trapped.” I always wanted children, but a part of me also felt having them would take me out of the game and away from my career goals.  So many girls were bound to get ahead of me while I stayed at home in sweats and Uggs.  I would envy those bitches, working from their glass offices, wearing pencil skirts and Jimmy Choos without the demands of husband and kids.

I’m not like women who welcome the idea of children with ease and knowingness. I feel bad writing this, but the truth is, even though having a career and raising children is so damn complex, I still don’t know if being a full-time mom is fully satisfying for me. I’ve often reflected that feminism is inherently flawed. Women really can’t have it ALL. There are sacrifices moms have to make. At least for me, I felt it was either kids or career, and if I tried to do both, one or the other would suffer. I wondered, shouldn’t I be fulfilled by parenthood? I’ll admit I was not.  The worst part is I felt shame and selfishness, even though I know I’m not alone with these troubling thoughts. And, my feelings only grew deeper with the arrival of my second child, as my thoughts and feelings about finding my purpose outside my children kept rolling. 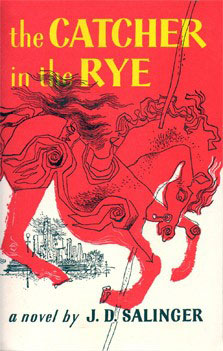 I saw a standout movie at the 2017 Sundance Film Festival called Rebel in the Rye, a biopic from Danny Strong about writer J.D. Salinger.  Watching the movie, it becomes apparent that the bruised and sardonic fictional character of Holden Caulfield in The Catcher in the Rye is really a portrait of the writer himself, J.D. Salinger.  After flunking out of his upper west side New York City high school, Salinger graduated from Valley Forge Military Academy (20 minutes from where I grew up) in the Main Line of Pennsylvania. His descriptions of Pencey Prep in his famous book bears some resemblance to V.F.M.A.

Salinger attended 3 colleges and never earned a college degree, but he wrote consummately. Publishers considered his writing style too risqué and controversial for the times, and would often reject his stories for publishing, or ask him to change his storyline. He was unwavering in his belief that he was writing about life, and life doesn’t always have a happy ending.

From 1942-1944, Salinger served in the military during WWII in France. He began to write short stories about Holden Caulfield and mailed them to his former Columbia professor and Story magazine founder and editor Whit Burnett. Burnett, who influenced many young writers including Charles Bukowski, Tennessee Williams and Truman Capote, encouraged him to keep writing, and turn Holden’s character into a novel rather than a short story because the character was so compelling.  After fighting in the Battle of the Bulge in Normandy, Salinger suffered a nervous breakdown and returned to his home in NYC. He suffered from PTSD, and the movie portrays him embracing Buddhism and meditation, which seemed to serve him because he eventually finished his book.

In 1951 The Catcher in The Rye was published to huge critical acclaim but Salinger only grew more resentful of everyone and everything. Just like the fictional character Holden Caulfield, Salinger despised pretty much everything, especially phonies. He became antisocial and moved to a small and picturesque town in New Hampshire.  He published a few shorts stories, but nothing touched a nerve like The Catcher in The Rye. He was plagued by feelings of inadequacy, anger and judgment from his peers. He refused to answer to the perceptions and opinions of the world outside his home. So, he wrote and wrote every day in seclusion at his country home in the woods without fanfare or attention. For almost 50 years, he wrote alone and answered to no one.  He even refused a handsome sum for the rights to make a film version of his famous book.  Salinger never published another word again. The Catcher in the Rye has sold over 65 million copies worldwide and remains in the top 25 book sales of all time. 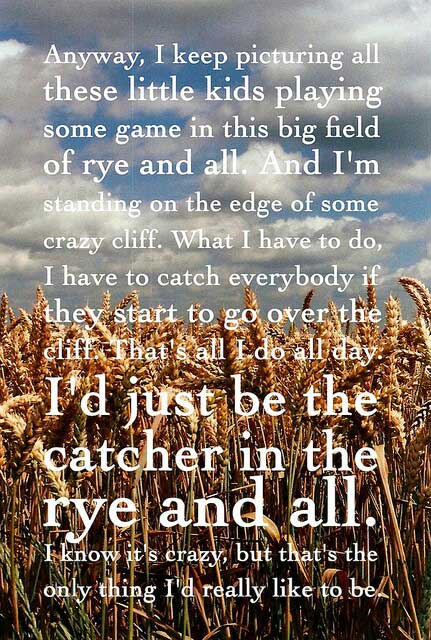 is not about how many people

if your heart likes your work

if your soul likes your work

it’s about how honest

you are with yourself

and you must never trade honesty 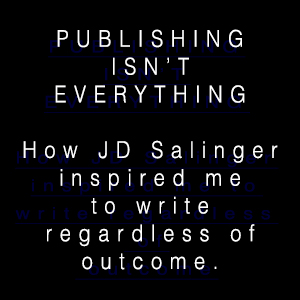